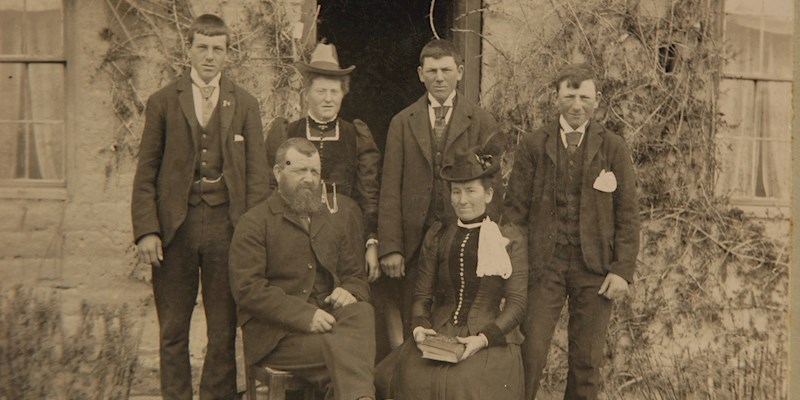 Peter's Farm Lodge is one of the last original remaining Central Otago homesteads of its era. It was built in 1882 when Hamilton's Sheep Station was split up. Captain Hamilton was highly regarded in farming circles and when gold was discovered in the foothills of the Rock and Pillar Range (part of his station) the goldfield was named 'Hamiltons' in his honour.

The Homestead was built of rock from the local quarry, which lay between Waipiata and Kokonga, as well as rock that was found scattered about the farmland when Flat Cap Volcano exploded. On top of this, mud brick was also used (a product which has surprising thermal qualities - essential in the sometimes harsh Central Otago region).

One thing used in limited quantities was milled timber - due to the high cost of transportation in those days (It would have had to have been shipped from Dunedin via bullock wagon).

The homestead stands as true today as it did in 1882, an absolute credit to the pioneering craftsmen of that era.